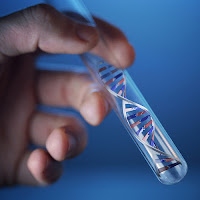 "These important findings indicate that fundamental alterations in brain development and biology can confer vulnerability to various types of mental disorders....," Jeffrey Lieberman, M.D., president-elect of APA told Psychiatric News." Overall, the study provides an important new clue about the etiology and pathogenesis of mental disorders."

APA President Dilip Jeste, M.D., also commented: "Research of this type would help in the development of future diagnostic systems in psychiatry that are based on validated biomarkers...this important study is one step in that direction."
(Image: Chepko Danich Vitalevich/Shutterstock.com)
For previous news alerts, click here.

via psychiatry research - Google News on 3/1/13

Children with autism had higher levels of toxic metals - Healio

via international psychiatry - Google News on 2/27/13

via international psychiatry - Google News on 2/27/13

Is Not Following Doctor's Orders a Mental Disorder?

via DSM5 in Distress by Allen J. Frances, M.D. on 3/1/13
A new way that DSM-5 mislabels the medically ill. Stress, risks factors, noncompliance, and unhealthy lifestyles will now be called a mental disorder.read more

via psychiatric diagnosis - Google News on 3/1/13

via international psychiatry - Google News on 3/1/13

via international psychiatry - Google News on 2/28/13

via psychiatric diagnosis - Google News on 3/1/13

via NIMH | Recent Updates by Jules Asher on 3/1/13
Five major mental disorders share some of the same genetic risk factors, the largest genome-wide study of its kind has found.

Five mental disorders share some of the same genes

via Healio.com PSYCHIATRY RSS Feed on 2/28/13
Autism spectrum disorder, attention-deficit/hyperactivity disorder, bipolar disorder, major depressive disorder and schizophrenia all share common genetic risk factors, according to the results of the largest genetic study of psychiatric disorders to date.“This study indicates that some specific genetic variants confer risk to a range of psychiatric disorders that are treated as clinically distinct,” study researcher Jordan Smoller, MD, of Massachusetts General Hospital in Boston, told Psychiatric Annals. “The findings also highlight the role of calcium channel genes, which may provide a treatment target that is relevant to a range of psychiatric disorders.”
See more of Mike Nova's starred items ...
Get started with Google Reader