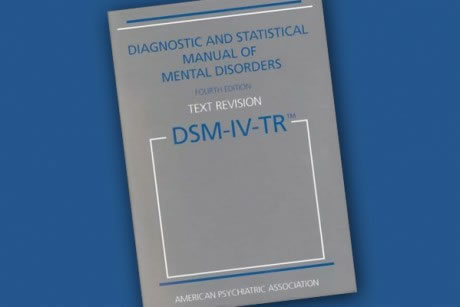 The Diagnostic and Statistical Manual of Mental Disorders (DSM), long the master reference work in psychiatry, is seriously flawed and needs radical change from its current “field guide” form, according to an essay by two Johns Hopkins psychiatrists published in the May 17 issue of the New England Journal of Medicine.


“A generation ago it served useful purposes, but now it needs clear alterations,” says Paul R. McHugh, M.D., a professor of psychiatry and behavioral sciences at the Johns Hopkins University School of Medicine and co-author of the paper with Phillip R. Slavney, M.D., a professor emeritus in the same department. “They say they can’t do any better. We disagree and can show how.”

The original DSM, published in the 1950s, was intended as a public health service documenting the incidence and prevalence of mental illnesses. By its third edition in 1980 (DSM-III), however, it had evolved into a reference book prescribing how clinicians should identify and classify psychiatric disorders.
Today, the Johns Hopkins psychiatrists say, DSM provides checklists of symptoms, offering few clues to the underlying causes of mental disease and making it difficult to direct treatment or investigate the disorders it details. A new edition, DSM-5, is due out in 2013.
The manual, put together by the American Psychiatric Association, currently identifies hundreds of conditions via lists of diagnostic criteria and symptoms, functioning exactly as does a naturalist’s field guide but for mental illness. It offers no way to make sense of mental disorders and no way to distinguish illnesses that appear to be similar but actually are quite different and require different treatments, the psychiatrists argue.


“If you just name things and don’t explain what the causes are, you do not know how to rationally treat or study the diseases,” says McHugh, former director of Hopkins’ psychiatry department. “The DSM gives everything a name but not a nature.”

Before DSM-III, McHugh and Slavney say, psychiatrists typically used a “bottom-up” method of diagnosis, based on a detailed life history, painstaking examination of mental status and corroboration from third parties. The new emphasis on symptoms, they say, has unfortunately encouraged a cursory “top-down” method that relies on checklists and ignores much of the narrative of the patients’ lives.
The causes of psychiatric disorders derive from four interrelated but separable categories: brain diseases, personality dimensions, motivated behaviors and life encounters, write McHugh and Slavney. The two physicians suggest that organizing mental illnesses based on these four causalities would “promote fruitful thought and, consequently, progress.”
“Psychiatrists would start moving toward the day when they address psychiatric disorders in the same way that internists address physical disorders, explaining the clinical manifestations as products of nature to be comprehended not simply by their outward show but by the causal processes and generative mechanisms that provoke them,” they write. “Only then will psychiatry come of age as a medical discipline and a field guide cease to be its master work.”
ᔥJohns Hopkins Medicine
No related posts.

Tagged as: The Diagnostic and Statistical Manual of Mental Disorders (DSM)
Leave a Comment
Posted by Michael Novakhov (Mike Nova) at 5/19/2012 06:15:00 PM