Spitzer Recants: Why Can't APA Admit Mistakes and Correct Them

Spitzer Recants: Why Can't APA Admit Mistakes and Correct Them

The background is dramatic. Spitzer had been a hero to the gay and lesbian community because he was the person most responsible for removing homosexuality from DSM II. Lifting the cloud of mental disorder from sexual choice was a big step in the civil rights movement that only now is bringing full equality. I once attended an award dinner honoring Bob for his contributions to the gay/lesbian cause. I never saw a group more appreciative or a recipient so proud.

How surprising then that Spitzer would later publish a methodologically flawed paper suggesting that psychotherapy might have some value in changing sexual orientation. Bob had serious misgivings almost immediately when fundamentalists exploited the paper to pursue their anachronistic agenda. He decided recently to make a very public apology. “I believe I owe the gay community an apology for my study making unproven claims of the efficacy of reparative therapy. I also apologize to any gay person who wasted time and energy undergoing some form of reparative therapy because they believed that I had proven that reparative therapy works with some `highly motivated’ individuals.”

Let's compare Bob's forthrightness to the consistently evasive stonewalling that has characterized every step in the development of DSM 5. The American Psychiatric Association has a lot to apologize for- but instead maintains a doggedly defensive posture that prevents insight and self correction.

Bob was the first to point out the absurdity of the DSM 5 confidentiality agreements and to predict the poor results that would come from the resulting secretive and closed process. Each of his dire predictions has turned out to be right on target. DSM 5 badly missed every one of its deadlines- then with time running short, it quietly cancelled its quality control step because publishing profits trumped the public trust of producing a safe product. No apology for that.

When its field trial results were unacceptably low by historical standards, DSM 5 lowered its standards rather than working to improve its product to meet them. Again no apology.

DSM 5 persists in offering proposals that would inappropriately inflict the label ‘mental disorder’ on many millions of people now considered normal. These suggestions are unsupported by science and are strongly opposed by 51 mental health associations- but APA continues to refuse demands for independent external review.

The shabby DSM 5 enterprise has reduced the credibility of psychiatry and the stature of the APA. It may well have forfeited APA's right to continue as custodian of the DSM franchise. Yes, indeed, APA has a lot to apologize for and DSM 5 has a long way to go before it will be safe and scientifically sound.

But there are two small rays of hope. First, DSM 5 has belatedly dropped its worst proposal- psychosis risk- opening the door to the possibility that it is finally ready to make other much-needed concessions.

Secondly, the APA leadership changed hands at the recent annual meeting. Perhaps the new leaders will finally bring responsible governance to what has heretofore been the almost fatally flawed DSM 5 process.

The smart play for them now is also the only right thing to do. APA should, like Bob, come clean that many mistakes have been made and that it will take the time and make the effort to correct them. APA should cancel the arbitrary DSM 5 publication date and continue to work on DSM 5 until it can produce a quality document. It should drop the proposals that have drawn such widespread opposition or open them up to independent scientific review. Someone who can write clean and consistent criteria sets should be recruited and, after the badly needed editing is completed, previously poorly performing criteria sets need to be retested.

Unless it delays and reforms DSM 5, the new leadership will be left holding the bag- having to defend the truly indefensible when a fourth-rate DSM 5 is published next May. The new leaders are not responsible for this mess and don't deserve to be the butt of the harsh criticism that will follow. But if they don't fix DSM 5, they will own it and be tainted by it.

APA should clean the DSM 5 house now before it is too late. Were he alive today that's what Mel Sabshin, its long term and much revered leader, would certainly recommend.

And Bob Spitzer has shown the way. A clear parallel can be drawn between Bob's openly apologizing and withdrawing his paper and the need for APA to apologize and to withdraw its untenable proposals, end its closed process, and drop its slavish adherence to unrealistic timelines.

If a legendary figure like Bob can correct his mistakes, surely the APA can do the same- for the sake of protecting our patients and keeping the mental health field united.

There is always regret for having made errors along the way, but the far greater shame is in pressing forward when your own results reveal them. Inertia is one of the most powerful forces in nature -it takes real courage to oppose it. If APA changes gears, none of us is going to say, “I told you so!” We're going to applaud and feel proud that APA is finally on the right track. As with Bob Spitzer, sometimes the greatest honor is to admit mistakes and do the very best we can to correct them.

If it fails to reform DSM 5 now, the APA leadership will have much more to apologize for in the future- to its members, to our colleagues, and of course most important to our patients.
Posted by Michael Novakhov (Mike Nova) at 5/28/2012 06:27:00 AM No comments:

New York Has Some Prisons to Sell You - NYTimes 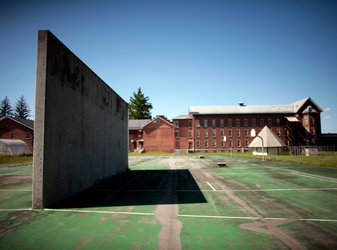 New York Has Some Prisons to Sell You